We hope you will find this site to be an informative, encouraging, and helpful resource. This is a ministry mission of followers of Jesus Christ who are indigenous to the eastern seaboard of Turtle Island. This site is one of the ways that we are reaching out from our own cultural context to spread the Good News of the Jesus Way.

Where is "Turtle Island" and who are the Indigenous People? 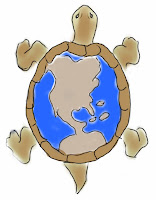 Often the people of Turtle Island are erroneously lumped together as though we all have a single culture... but, this has never been the case.  There are many different tribal cultures indigenous to North America; and, while we may share some common values, we have many unique tribal traditions.  The specific heritage and cultural perspective of this site is that of indigenous followers of Jesus Christ from the mid-Atlantic coastal region of the United States, from the Nanticoke-Lenape tribal people remaining in the area of "Poutaxet" - what is commonly known today as the "Delaware Bay."  Together with our many sister coastal tribes, we "Easterners" live where the land meets the ocean and the morning light first shines on Turtle Island, so we are called the "People of the Dawn" or "The People of the First Light."


Jesus said, "I have come into the world as light, so that whoever believes in me may not remain in darkness" (John 12:46 ESV).

This site is dedicated to...

PDF Book on Ministry Challenges among the Nanticoke-Lenape Communities